Get fresh music recommendations delivered to your inbox every Friday.

by The Bird's Robe Collaboration Band 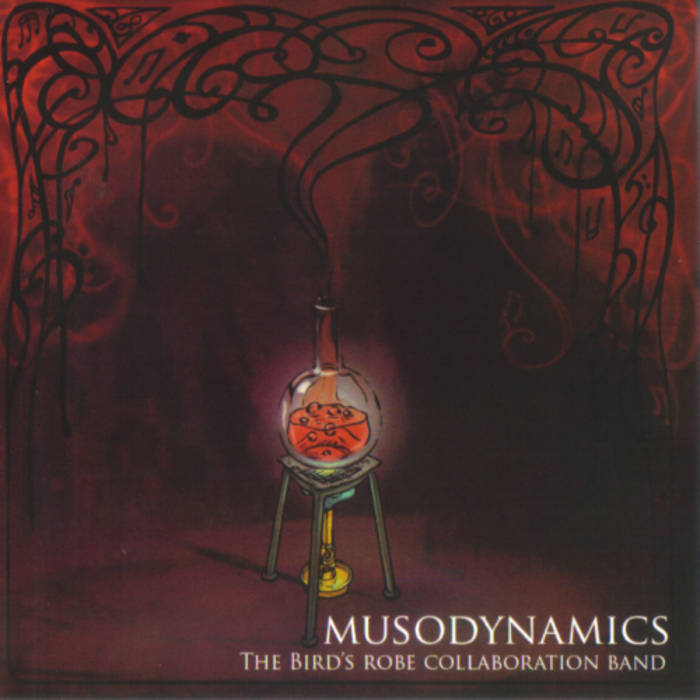 In 2010, The Bird’s Robe, a Sydney-based music collective / record label, conceived the first in a series of collaborative projects combining the talents of various musicians working in Sydney’s experimental / progressive rock music scene.

The first in this series is an EP entitled Musodynamics, Produced by Alex O’ Toole (Captain Kickarse & The Awesomes), it features the following lineup:

All music by The Bird's Robe Collaboration Band and Alex O'Toole

I believe that music is a gift. A sonic benevolence for all to enjoy. Music can make me happy, it can make me sad. It can make me excited or indifferent or repulsed. More than this, music gives me energy. This EP is an interpretation of the science of thermodynamics which (simplistically) is the conversion of heat into energy and vice versa. Each track relates to one of the four basic laws. The adaptation here is to remove one key component "heat" and replace it with another key component "music", creating "Musodynamics" - energy from music.

What is The Bird's Robe Collaboration Band?

There are so many bands creating great alternative and experimental music right now in Sydney. Coming together for Bird's Robe Collective shows and rocking it in their own right. Bands filled with talented players. What would it sound like if certain of these players came together to form a one off group and made a record? The implied answer is "fucking mad!"

But how to find out?

The Bird's Robe Collaboration Band is about seizing this opportunity to find out.

Bandcamp Daily  your guide to the world of Bandcamp